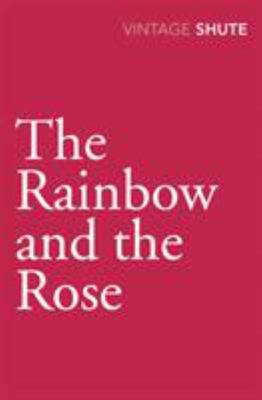 The Rainbow and the Rose

When Johnny Pascoe attempts to rescue a sick girl from the Tasmanian outback his plane crashes leaving him dangerously injured. Ronnie Clarke, who was trained by Pascoe, endeavours to fly a doctor in to help but this proves more difficult than he imagined.

A classic adventure from the author of A Town Like Alice and On the Beach.

That supreme storyteller, Nevil Shute The Times Shute was a brilliant storyteller and terrific example for any writer Express Nevil Shute made me yearn for a faithful, plodding, Shute-type of man. I imagined us trekking across the Australian outback, finding a run-down hamlet, and then transforming it together until death or flood parted us The Times

Nevil Shute Norway was born on 17 January 1899 in Ealing, London.After attending the Dragon School and Shrewsbury School, he studied Engineering Science at Balliol College, Oxford. He worked as an aeronautical engineer and published his first novel, Marazan, in 1926. In 1931 he married Frances Mary Heaton and they went on to have two daughters. During the Second World War he joined the Royal Navy Volunteer Reserve where he worked on developing secret weapons. After the war he continued to write and settled in Australia where he lived until his death on 12 January 1960. His most celebrated novels include Pied Piper (1942), No Highway (1948), A Town Like Alice (1950) and On the Beach (1957).